2.3 Seconds that all that a Tesla Model-S car takes to reach 96 kmph from zero. Amazed?

So what makes it so good than the traditional gas power cars. Electric vehicles are more efficient than normal vehicles. By more efficient means better performance, the non EV cars have thousands of parts linking different mechanical components to deliver power from the engine to the wheels. In normal cars, the power is transferred through various stages. It starts from the engine delivers the power to the transmission and the transmission converts it into useable energy by gears, clutches, and different electrical components before sending it to the drive shaft that powers the wheels.

At every point of this complex process, there is a loss of energy. EV s are more simple as they can accelerate from zero to the top speed without any gear shifts. Since there is no gear all the power produced is available from zero rpm or Rotation Per Minute. The EV batteries are varied from 20 KWH to a 100 kWh. This adds to the Power Density; it is the determining factor on how much power can be delivered to the electric motor per second. Higher the power density faster the acceleration.

Tesla uses the most power-dense batteries to power its EVs. But power is not everything the acceleration depends also on the grip of the tires. Traction is the most important factor. Tesla cars have an all-wheel drive which means all the wheels of the cars are powered at the same time in the same power. This system helps to increase the traction, followed by the torque on the front and the back wheels. Tesla adjusts the torque on the front and back wheels independently on each wheel hundreds of times per second. Ensuring more grip for the tyres, Tesla EVs uses tyres with thread pattern which is designed to maximize the contact with the ground.

The not so secret element of Tesla that converts its models into supercar performance is the Ludicrous Plus mode and the launch control. The LP mode preps the battery for max performance by heating it to a temperature of 122 degrees to improve the power output by 46 horsepower. The launch control controls the front suspension squat to keep force on the front tyres more consistent to improve the traction. The axle is also pre-loaded with a small amount of torque to build tension before the launch. The other features include the systems that help to maximize the power and efficiency at every stage.

This is how Tesla cars accelerate faster compared to other EVs and normal cars. 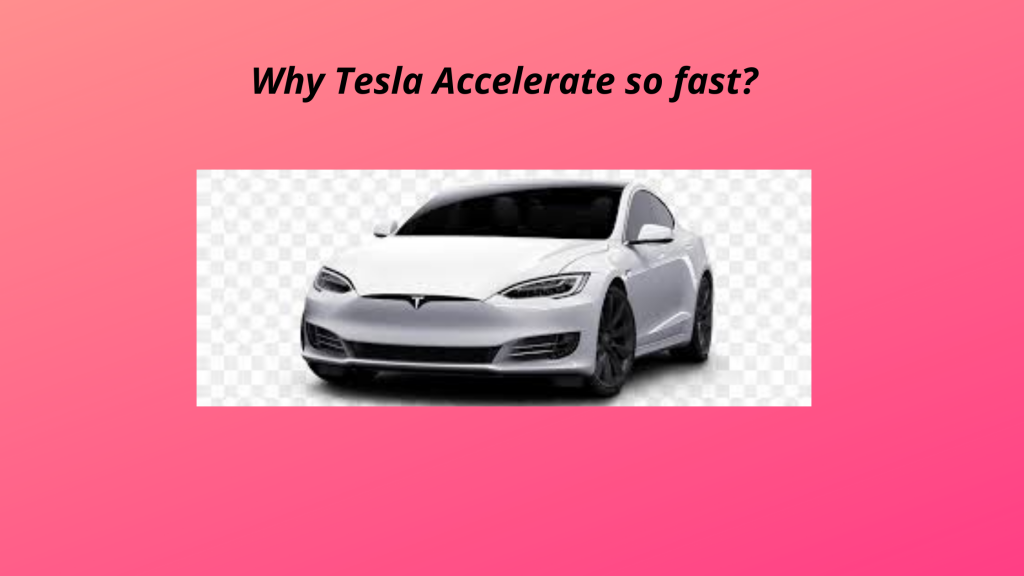