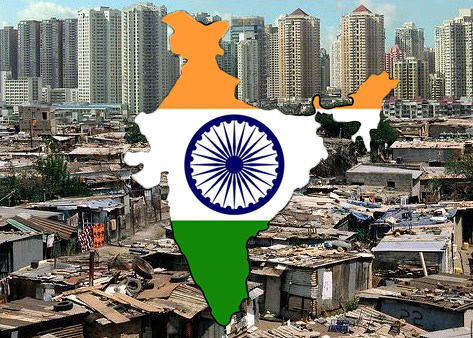 Recently Snapchat CEO has made a comment saying that “India and Spain are poor countries”. This has become a nightmare for Snapchat in overnight. Let’s see how Snapchat CEO Evan Spiegel is wrong through some statistics about India.

Here are some parameters which can be used to compare different countries.

Per capita GDP is a measure of the total output of a country that takes gross domestic product (GDP) and divides it by the population of that country. It shows the relative performance of the countries. A rise in per capita GDP signals growth in the economy and tends to reflect an increase in productivity.

As the population of India and china are very high their GDP per capital will be less.

This is the largest component of GDP and it shows how much contribution house hold consumption is resulted in its GDP. These personal expenditures fall under one of the following categories: durable goods, non-durable goods, and services. Examples include food, rent, jewelry, gasoline, and medical expenses.

The amount of money an individual deducts from his disposable personal income to set aside as savings to use them in future purposes. This is expressed in percentage or ratio of GDP. If we look at the numbers India and China are the countries with highest savings rate. This means people are not spending money as and when they get it. US, UK and Brazil are the countries where people spend money as soon as they get it and this leads them to have low savings rate.

This gives us an idea on how much an average citizen of that country spends on purchasing daily needs and other goods. The median of the data is selected as the reference. US, UK, Canada have the highest annual expenditure whereas India and china have lowest expenditure. This is because most of the Indians go for savings rather than expenditure as we have seen in the savings rate.

This shows us how much an average household is earning in a year in that country. It can be of any form like for e.g., salaries and wages, retirement income, near cash government transfers like food stamps, and investment gains. US, Canada and Japan countries have the high household income whereas India and China as a whole have low Household Income because around 49.11 million are unemployed in India and this is expected to reach 54.5 million by 2020.

The amount which a country owes to other foreign creditors or internally within the country itself to the domestic lenders. Foreign creditors can be IMF, World Bank and any other governments as well.

If a country having high external debt and less GDP then that country would likely go bankrupt if not kept in check and it can default the money.

You must be wondering how can US which has the high external debt is still a still the super power?

By looking at these statistics we can say that India being a second populous country is still in the developing phase and can be considered as a nation which is not poor but also not rich in monetary terms. With these statistics we can see that Indians psychographics vary vastly when compared to that of the western culture. Indian’s tend to focus more on savings rather than those in the west. The unemployment rate of US was around 7.6 million whereas it is 49.11 million in India. There are a lot of opportunities coming up every year and if the Unemployment rate is reduced then the GDP and other factors will improve which will make India improve its current position. But by looking at the growth rate and other accomplishments we can say India is going to be one of the wealthiest nations 20 years down the line.