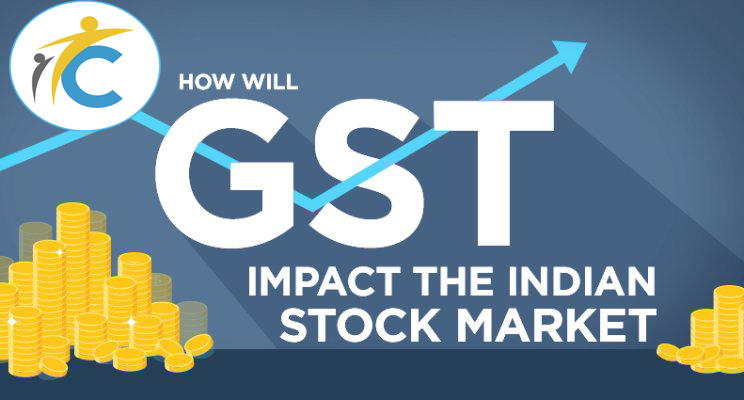 We all know about the advantages and disadvantages of GST. However with GST on the horizon we must know how it influences the stock markets, as volatile change in stock market can create an economic disharmony and imbalance in the country. The focus on this article will be mainly towards the positive aspects of GST on stock market.

Stocks that are positively impacted by GST 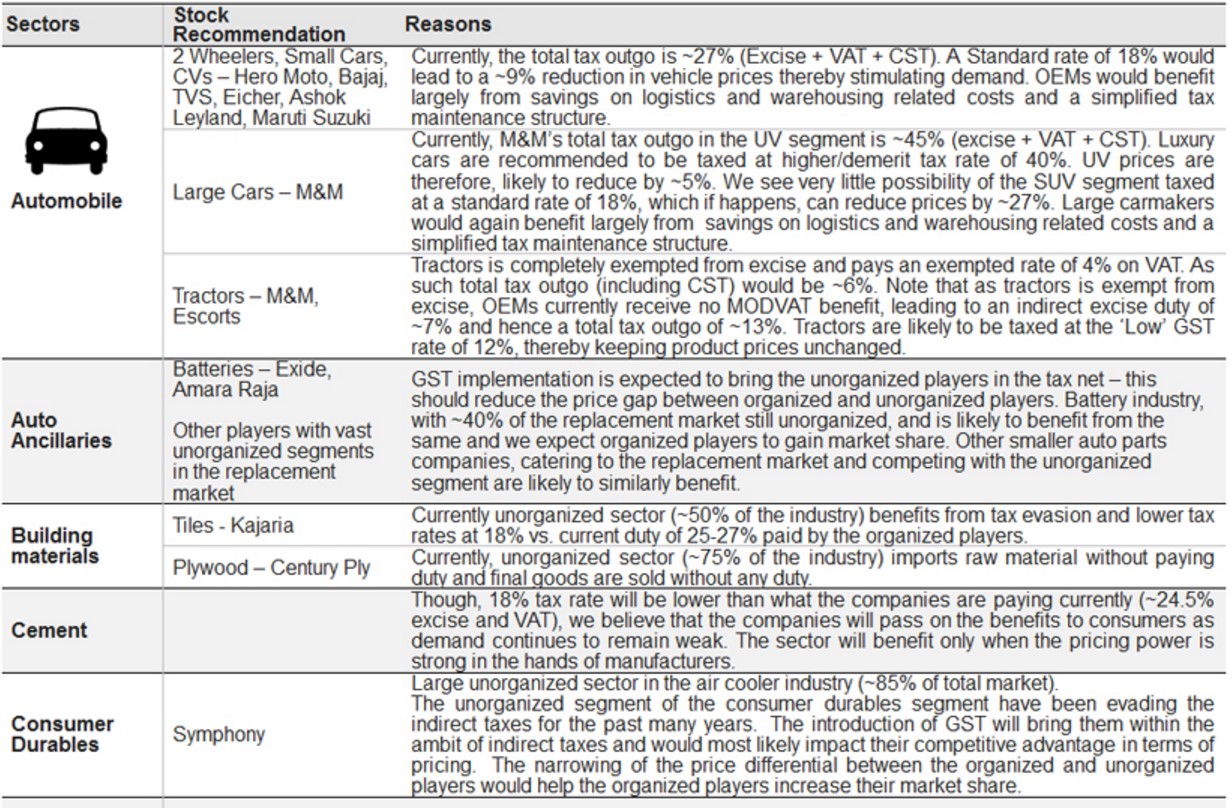 The above picture talks about the impact of GST on established stocks. It has also been beneficial to startups and     e-commerce ventures.

The common thing about all these sectors is that they are all manufacturing companies that involve a lot of transportation. Logistic companies and ecommerce ventures lke Flipkart get benefitted by GST because of eliminating Octroi tax. Currently, Some state government levy something called an OCTROI when your purchase enters the state. These charges are applicable in Maharashtra and Gujarat and the charges fluctuate as per the Government regulations. Octroi varies from 3% to 6% of the purchase value. The octroi charge is payable by the recipient at the time of delivery or at the nearby check post. The courier company will collect the octroi amount from the recipient at the time of delivery. Bigger companies in the likes of Flipkart, Amazon typically absorb these charges and pay the courier companies directly to avoid delays in the shipment. Smaller companies like ours don’t typically have this advantage as courier companies are not willing to pay octroi on their behalf. With the Introduction of GST the courier companies do not have to pay the Octroi tax as it will be replaced by GST. Most of the stocks that will be benefited by GST come under the slab rate of 12% or 18% except for FMCG and consumer durables which comes under 26%.

These are the advantages by implementing GST and it can result in better performance of the companies in the future.

Stocks that are negatively impacted by GST

GST Council has approved cess on tobacco products, and sin items. Aerated drinks, pan masala, luxury cars and tobacco will be taxed higher than 28 percent. The decision on rate for gold is yet to be taken. Companies like Pepsi, Coca Cola, ITC would be facing a tough time. Ideally they would have to diversify into other segments to negate this effect of tax burden.

“From a market point of view there will be sectors related to let us say complete outsider like logistics which will benefit because of the implementation of GST as companies create more efficient logistics solutions. It could also benefit those sectors where the current taxation rate is higher than what is prescribed in the GST. It will be adverse conversely to those sectors where the current taxation structure is lower than the GST rate. So there will be sectors like automobile, white goods, consumer electronics which may benefit because their current taxation rate is likely to be higher than the GST rates.
More importantly the benefits of GST is not going to be just from the direct implementation, it will be also via the indirect implementation so if the government revenue goes up because of the GST implementation they will have more money to spend on infrastructure. So, those sectors will ultimately benefit with GST rollout.”

Thus it also depends on how these companies manage their money efficiently with the finance bill being passed recently time will where all the money goes and how the companies go about it.

Impact Of GST On Different Sectors!!!