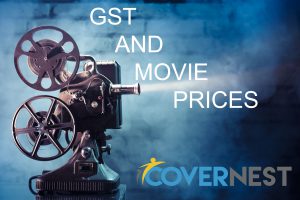 GST is one of the biggest tax reforms undertaken by India. This will merge different taxes which are levied at different stages into a single tax. The decreased tax rates mentioned can benefit a common man in one way but for some products whose tax rates have been increased can become more expensive. Let us look at the entertainment sector. Movies have been placed under the tax rate of 28% which makes them luxury goods. For some states this is a big advantage as they have been paying a tax which is more than 30 percent. But this will not go well with those states where there is 20 % or less tax rate. What are the tax rates, states are charging previously and what can we expect from GST?

Movie tickets become cheaper in most of the northern India as they are paying a higher tax already. South Indian states face an increase in the ticket fare. This is an estimate, provided that the distributors and other officials stick to the rates. If the prices are increased the overall revenues might reduce as repeat audience will reduce.

Entertainment tax has two components and at the state level there is local body tax. This tax is at the lower end but is subject to change. If this component is levied moderately, this will not impact a common man much, but if this component is higher, then it is a concern. For now it is still not clear about how this is going to impact the film industry and movie lovers. Within 2-3 months of GST implementation we can see a clear picture about the impact.